Many of the activists who worked in the Freedom Movement in Mississippi became founders and participants in the Black Power movement, with Stockley Carmichael (of the Student Nonviolent Coordinating Committee) giving the new movement its name during the Meredith Mississippi Freedom March in the summer of 1966. (#39, #52) At the pinnacle of the Black Power Movement in the late 1960s, brothers Milton and Richard Henry, (acquaintances of Malcolm X who renamed themselves Gaidi Obadele and Imari Abubakari Obadele, respectively) assembled a group of 500 militant black nationalists in Detroit, Michigan to discuss the creation of a black nation within the United States. On March 31, 1968, 100 conference members signed a Declaration of Independence outlining the official doctrine of the new black nation, elected a provisional government, and named the nation the Republic of New Africa (RNA). The Declaration of Independence asserted the RNA's aims: to free black people in the United States from oppression; to promote the personal dignity and integrity of the individual and to protect his natural rights; and to support co-operative economics and community self-sufficiency. 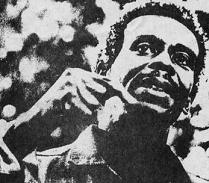 The Republic of New Africa identified the Southern states - Louisiana, Mississippi, Alabama, Georgia, and South Carolina - as subjugated land. According to the RNA, the Southern states were the traditional homeland where Africans had been oppressed three hundred years in slavery and where Africans were due land as part of a reparations settlement. In addition to reparations in land, The Republic of New Africa sought reparations payments of ten thousands dollars for every black person based on Reconstruction's promise to freed slaves of "fifty dollars, forty acres, and a mule." The Republic of New Africa based its political, economical, and cultural activities on Ujamaa, a system taken from concepts of family supposedly present in traditional African societies. The People's Center Council, chaired by the President of the Nation, governed legislative and judicial power and supervised industries and land. The Republic of New Africa provided its citizens with six essentials for human life: food, housing, clothing, education, medical treatment, and defense. These calls for economic independence and African American control can be seen as reactions to both the gains and losses of the early Freedom Movement. To read more about the RNA history and beliefs, see various pamphlets and flyers from the Tougaloo College archives. ( #30, #54)

The RNA gained popularity in Mississippi, and on the Tougaloo campus as evidenced by the collection of their papers in the Tougaloo College Archives and articles in campus newspapers about the group. (#28) But the Federal Bureau of Investigation (FBI) immediately targeted the RNA and they began raiding RNA meetings. 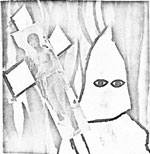 In August 1971, the FBI and the Jackson Police Department, without warning, attacked the RNA government residence with arms, tear gas, and a tank. One Jackson police officer, William Skinner, was killed, one patrolmen and an FBI agent were wounded but there were no RNA casualties. Eleven Republic of New Africa government officials, including President Imari Obadele and three women, were arrested and tried for murder. Of the RNA 11, eight were convicted and sentenced to life imprisonment based on the weak and conflicting testimony of witnesses. The RNA protested the arrests and verdicts, pointing out that the RNA 11 part of a "long pattern" of violence and injustice against Blacks in Mississippi. (#94, #90)

Following his 1980 release from prisoner, RNA President Imari Obadele earned a Ph.D. in political science from Temple University and published articles and books upholding RNA's principles of reparations, acquisition of land, and the establishment of an independent, self-sufficient black nation. With a membership of 10,000 in Washington, D.C., the Republic of New Africa continues to promote awareness of racial injustice and inequality in American society.