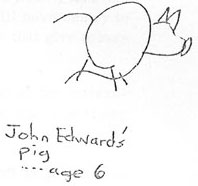 Activism in Mississippi began in direct protest (the Freedom Rides and lunch counter sit-ins) and Voter Registration drives but, by 1965, organizers also turned their attention to economic and social welfare issues. At first, SNCC workers in particular were skeptical that President Lyndon Johnson's new War on Poverty programs would undermine grassroots Freedom Movement power through financial and federal control. But, in the summer of 1965, SNCC, along with northern white sympathizers, applied for federal Office of Economic Opportunity (OEO) funds to run a series of Head Start programs for pre-school children under the auspices of the newly formed Child Development Group of Mississippi (CDGM). CDGM, headquartered in Mount Beulah, Mississippi, operated eighty four Head Start pre-school centers and employed hundreds of poor, black people around the state to implement health and personal development programs for their children in their communities. Meanwhile, CDGM's affiliations with the Delta Ministry and the Mississippi Freedom Democratic Party (MFDP) fostered forums for community participation in civil rights activism.

On the whole CDGM's first summer was a success thanks to innovative training programs, newsletters which communicated between the administrative and local levels and to the overall dedication of CDGM workers. (#38) Yet the seven-week program had its imperfections. Most of the local employees of the organization had little or no experience working with budgets or paperwork and the record keeping was faulty. The OEO helped by adjusting problematic administrative procedures so that fewer errors would occur.

CDGM's initial success in empowering poor, black communities upset Mississippi federal and state government authorities, triggering CDGM's eventual downfall. Mississippi Senator John Stennis, a member of the powerful Senate Appropriations Committee, criticized the preschool program, claiming that CDGM bred communism and was financially corrupt. Because support for both the War on Poverty and, increasingly, the Vietnam War relied on support from Senator Stennis and his committee, the OEO began to dismantle CDGM. When the first OEO grant ran out at the end of summer 1965 and no more money was forthcoming, the overall momentum of CDGM enabled it to continue serving 3,000 children on volunteer support for half a year with no funding. The OEO pressured founder Tom Levin out of the directorship, forced CDGM to move its headquarters to the same building in Jackson as the state FBI office, and forced many veteran SNCC workers to leave the organization. After several months, the OEO refunded CDGM half the amount it requested, partially in reaction to an impressive CDGM demonstration before the U.S. Congress when busloads of teachers and toddlers lobbied for the program with toys, games, and arts and crafts supplies. The OEO bent to political influences from Mississippians on both sides of the issue. For how the people who worked for CDGM thought about all these pressures, please look at the newsletters published by CDGM. (#76)

Senator Stennis continued to pressure OEO's director, Sargent Shriver, to cut funds to CDGM. After secretly setting up a more moderate group called Mississippi Action for Progress (MAP) in August 1966, Shriver announced that MAP would replace CDGM. A protest group, known as the Citizens' Crusade Against Poverty (CCAP) instantly materialized and complained of Shriver's back-stabbing decision in an October 19, 1966 New York Times advertisement, "Say it isn't so, Sargent Shriver." Vice President Hubert Humphrey lent the coalition his support as Shriver embarked on a self-promoting public relations campaign claiming that CDGM was a segregated organization and that he supported integrated poverty programs like MAP. You can see how Shriver responded by looking at his letter to the New York Times. (#66)

CDGM's third and final grant from the OEO funded their work in only nineteen counties. Black power advocates denounced CDGM director John Mudd for increasing the power of white outsiders and CDGM chairman, Reverend James McRee, pushed local black people away from the organization. For evidence of these activities, see the recruitment forms included in our documents. (#92) When the grant ran out in December 1967, CDGM shrank more. The few remaining centers ran primarily on parental leadership through a local community college.

The trajectory of CDGM's life between 1965 and 1968 reflected the delicate and dangerous tension between grassroots and federal power. While Freedom Movement activists often looked to the federal government for support against the racist Mississippi state government, federal support for CDGM depended on the federal government's achievement of its priorities, which aimed at boosting its own reputation, both within the country and internationally. For example, the Johnson administration needed white southern approval to support the Vietnam War and was willing to jettison poor black people's preschool programs to gain that approval. Many of the activists came to believe they could rely only on themselves. As the activities of CDGM wound down, the board discussed its options. (#162)